Start of the „H2Watt“ project

The use of hydrogen is regarded as key technology of the future in the course of shaping an "energy transition". Currently, there are numerous different projects and initiatives dealing with the introduction of hydrogen or methods for the production, storage, transport and use of hydrogen. However, there has been a lack of consolidation of selective projects into a complete system.

In the recently launched  project"H2Watt", ten German and Dutch companies and institutions have joined forces under the leadership of MARIKO GmbH from Leer and the FME, employers’ organization from Groningen. Together, they want to prepare the economy on both sides of the border for the new requirements and potentials arising from the introduction of hydrogen and move forward technological development and exchange of knowledge in the hydrogen economy. The Dutch island Ameland and the German island Borkum -both in the Wadden Sea - are to serve as initial implementation areas.

Due to the natural conditions in the Wadden Sea, there are optimal conditions for the production of "green" hydrogen, e.g. with the help of wind and solar power plants or even wave power plants. A further advantage of the island locations is that the supply system can be viewed autonomously. "We will turn the two islands into a real laboratory for concrete hydrogen applications", says Axel Held of the Nordseeheilbad Borkum GmbH, who sees a promising possibility in the use of hydrogen to support Borkum on its way to a zero-emission island. The island community of Ameland also has this claim. Here, intensive efforts have been made in recent years with regard to the generation of regenerative energies. "We are looking for suitable technologies to temporarily store the surplus electricity from our solar park, which we cannot feed into the grid, and make it available again at a later date", reports Luc van Tiggelen, project employee of the municipality of Ameland.

There are prospects for the use of hydrogen in residential areas, road and rail transport, shipping, agriculture and manufacturing industry. The applications considered in the context of H2Watt are tailored to the specific local conditions and framework conditions of the two Wadden Sea islands. One "pilot application" that is being worked on within the framework of H2Watt concerns the conversion of the Borkumer island railways to hydrogen propulsion, explains Theodor Robbers of Borkumer Kleinbahn und Dampfschiffahrt GmbH, who is pleased to gain access to cross-border expertise through the German-Dutch consortium. The first pilot project of Ameland concerns the equipment of a water taxi with a fuel cell powered by hydrogen. Further application projects are in preparation. The scientific support of H2Watt is provided by the University of Applied Sciences Emden/Leer, which is represented by both the Department of Energy Technology and the Department of Maritime Sciences. The other partners are Wagenborg Shipping B.V., Resato International B.V., abh Ingenieurtechnik GmbH, HyGro Technology B.V. The aim of the consortium is to develop an intelligent supply system that can serve as a "blueprint" for larger area settings.

H2Watt is designed for a term of two years and has a volume of EUR 2.2 million. This will enable the first start-up projects to be initiated, a cross-border hydrogen network to be formed and the basis for a large number of technology projects on the islands to be created. Interested companies are invited to join the network and use the "Hydrogen real-life laboratory  Ameland/ Borkum".

"The H2Watt project is co-financed within the framework of the INTERREG V A program Germany-Netherlands with funds from the European Regional Development Fund (ERDF), the State of Lower Saxony (Lower Saxony Ministry for Federal and European Affairs and Regional Development) and the provinces of Drenthe, Friesland and Groningen. It is accompanied by the program management INTERREG at the Ems Dollart Region (EDR)". 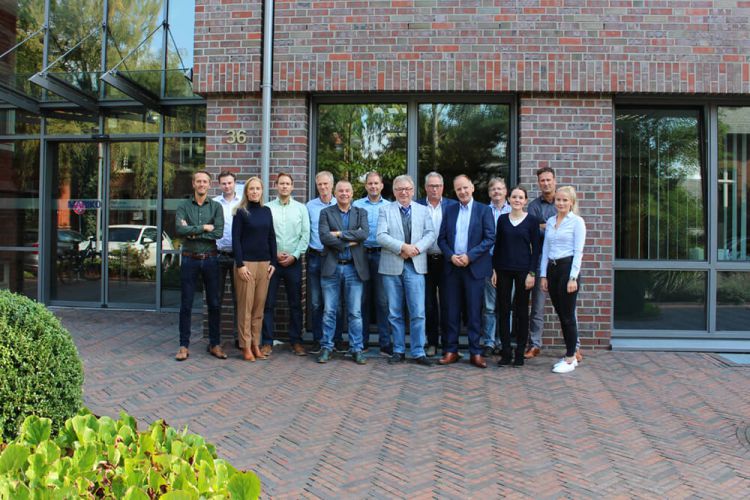